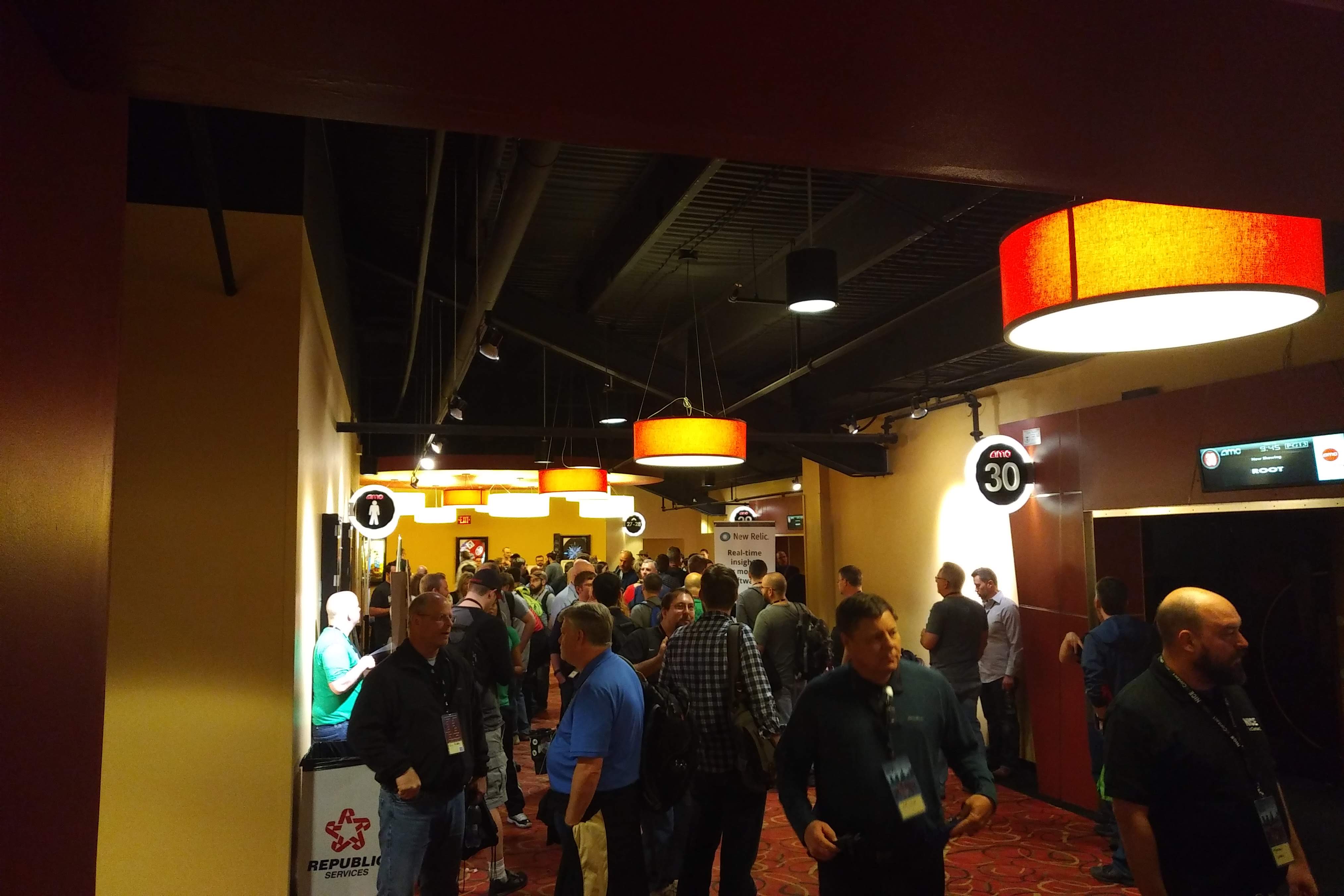 Oh man, StirTrek 2019, where do I begin…. I’m really struggling this year. I don’t want this to seem like a hate rant. The people that organize and run StirTrek do an amazing job. The presenters are always well selected and the venue is very nice.

I know that there’s going to be some heart burn over this post so please try and remember that I try and remain non-bias when I provide feedback since this is one of my favorite conferences. This is my 7th year attending StirTrek. My wife and I actually consider this a yearly event that her and I do together. Each year though, it seems harder and harder to justify coming unfortunately.

So I’m going to quickly make my gripes known then move into all of the awesome that this conference was this year.

First thing’s first, the price…. The price has, without sign of slowing down, increased every year. Not a small amount either. This year the price per ticket was $150. For a single day conference, that isn’t providing super unique or cutting edge material, no workshops, and no entertainment between sessions, this seems a bit high.

This conference should have never broke the $100 mark honestly. I just can’t justify it for the experience and it’s really rubbing me the wrong way this year.

I mentioned this on twitter when I went to buy my ticket and Jeff Blakenburg mentioned that it was due to the vendors raising their prices. Look, the conference serves the attendees, not the vendors. If the vendors are raising the prices, then let’s find other vendors or just get rid of them.

I would respect the con more if they said “We want to keep prices reasonable so we nuked vendor X, Y or Z.”

The current StirTrek experience today, just doesn’t support a $150 price tag in my opinion. Now obviously I’m, not the king of cons. I have gone to 25+ in the last 7 years though and I’m saying my opinion is this isn’t worth it. Take it with a grain of salt.

There’s a lot of multi day conferences that aren’t much more than this ticket and they often provide bleeding edge material or world premier releases of projects and information. What are we really getting for $150? A sandwich, some content available from other conferences or on youtube, and a movie? Why not offer a training/workshop track?

The sponsors… I also feel like this conference has turned into a cattle run. First walk in?

WALK PAST 100 SPONSORS THAT JUST WANT TO TALK TO YOU!

HERE’S 500 PEOPLE JAMMED IN A SMALL HALL TALKING TO, YES, THOSE SAME SPONSORS!

Con’s should be fun. They should be engaging. I have a job. I’m not looking. What is there to do here for me outside of the sessions?

It’d be nice if there were some engagement booths in the halls that aren’t trying to get something from me. There was one booth a few years back that was pretty cool. It was a sponsor booth that had 15 min code challenges. Those were AWESOME! What happened to them?

Okay, at this point I’m ranting. I’m just trying to get the message across, do something other than an endless row of sponsors. It’s obnoxious and 100% devalues the conference. It’s a bunch of tired booths, that aren’t engaging, covered in crap that no one wants.

HOW MANY PENS, STICKERS, AND BOTTLE OPENERS CAN SOMEONE HONESTLY HAVE?

The rest of this will focus on what I thought was awesome. There were a lot of good parts to StirTrek.

To start, the venue again this year, though it felt cramped in the halls, was awesome. It’s clean, had great seats, great sound, the list goes on and on. I hope they keep the con here, or at least use this as a template for future venues.

Whoever had the idea of putting coolers full of drinks basically at every turn needs a bonus. That’s a great idea and it was nice to just walk out of a session and get a drink. On that note, bathroom lines were relatively fast as well.

Something that was a pain in past years but was great last year and this year was the parking. Once again, it was easy to find a parking spot and easy to get to the theater.

Another great thing that continued this year was the support crew. One of our sessions, the speaker had a mic failure and the support staff had it back up and running within 60 seconds. Super impressive.

One thing that I think was a positive but I was too afraid to confirm, was the wifi. It appeared there may have been some theater guest wifi hotspots running. This is something I’ve griped about not having, literally, every year. Though I saw them, I couldn’t find any official info about them so I naturally assumed they were malicious and tethered to my phone instead.

So each year I usually do a write up about every session I attended, and though they were all really good, I wanted to highlight one specific speaker that was a standout presentation this year.

This speaker, not only was engaging, a great speaker, and had a good presentation, but managed to wrap that all around a very educational session. My favorite session this year was Deep Learning like a Viking: Building Convolutional Neural Networks with Keras given by Guy Royse.

Can’t say enough good things about this session and honestly it’s hard to figure out where to begin.

Guy started with a brief history of something totally unrelated to programming. It was a nice brain break, it was educational and entertaining. One thing it wasn’t though, was a waste of session time. Guy was able to nicely segway his brief and entertaining history of written language into, building a neural network that identifies hand written Viking symbols.

Creating a session that deep dives into math formulas, and then implements those in code, while also not putting people to sleep is a heroic accomplishment. Guy didn’t disappoint. He was both entertaining with his delivery but also managed to teach everyone the inner components of what a neural network neuron looks like.

Guy compared neural network neurons to logic gates which I found pretty enlightening. I’ve always been very interested in building neural networks but it can be an intimidating thing to jump into. Especially if you don’t know what software and or frameworks to start with.

The actual code presented was very consumable and it was explained in a very friendly way. I’m now pretty confident in giving this a try.

Another thing I wanted to point out was the way that Guy broke down every part of the network into consumable modules. This is a great way to teach complex topics and is often overlooked when people build presentations.

I don’t want to steal his thunder so I’m not going to go into the details of his session. Keep an eye out for the session on the official YouTube StirTrek channel. They posted on Twitter that the videos should be posted by the end of May. I know I’ll be watching this one again for sure.

So the long and short of StirTrek this year?

Ehh, probably, not for the content though. Years ago, my wife and I visited StirTrek about 2 weeks after we started dating so now it’s officially a traditional thing we do. If it wasn’t though, would I attend?

It’s just too expensive for the content provided. I feel like we’re paying to be cattle brought to the sponsors to pick through.

I’d really like to see the con focus a little more on training. It’d be nice if there were some workshops or lightning training available in the hallways between sessions.

Thank you everyone for another StirTrek and I look forward to seeing everyone again next year!