Just as fast as it came, it is over again… I can’t believe Stir Trek is done. Stir Trek is by far one of my favorite conferences each year. This was my fourth year attending. It’s packed with great sessions, it’s cheap, and you get a free movie at the end! What else more could you want?

I think the thing that I appreciate most about this conference though is that the people that run it are in the trenches with you. You can walk up to people like Jeff Blankenburg and talk to him during the conference. He’s always front and center each year. In fact, it was Jeff that hooked me up with a ticket my first year attending. I had heard about it in passing and wanted to go. Unfortunately it sells out each year in about a minute so getting a ticket is a crap shoot.

Picking your sessions is a fundamental of this conference. Each one is a diamond in the rough. Everyone has a different strategy for the conference. Some, like myself, spend weeks planning out each individual session that they will attend. They heavily weigh topics against each other to determine which is the best choice. I prefer to use a double elimination bracket style when picking my winners.

Other people simply just show up and pick their sessions on the fly the day of the conference. These people are heathens and should be tarred and feathered! 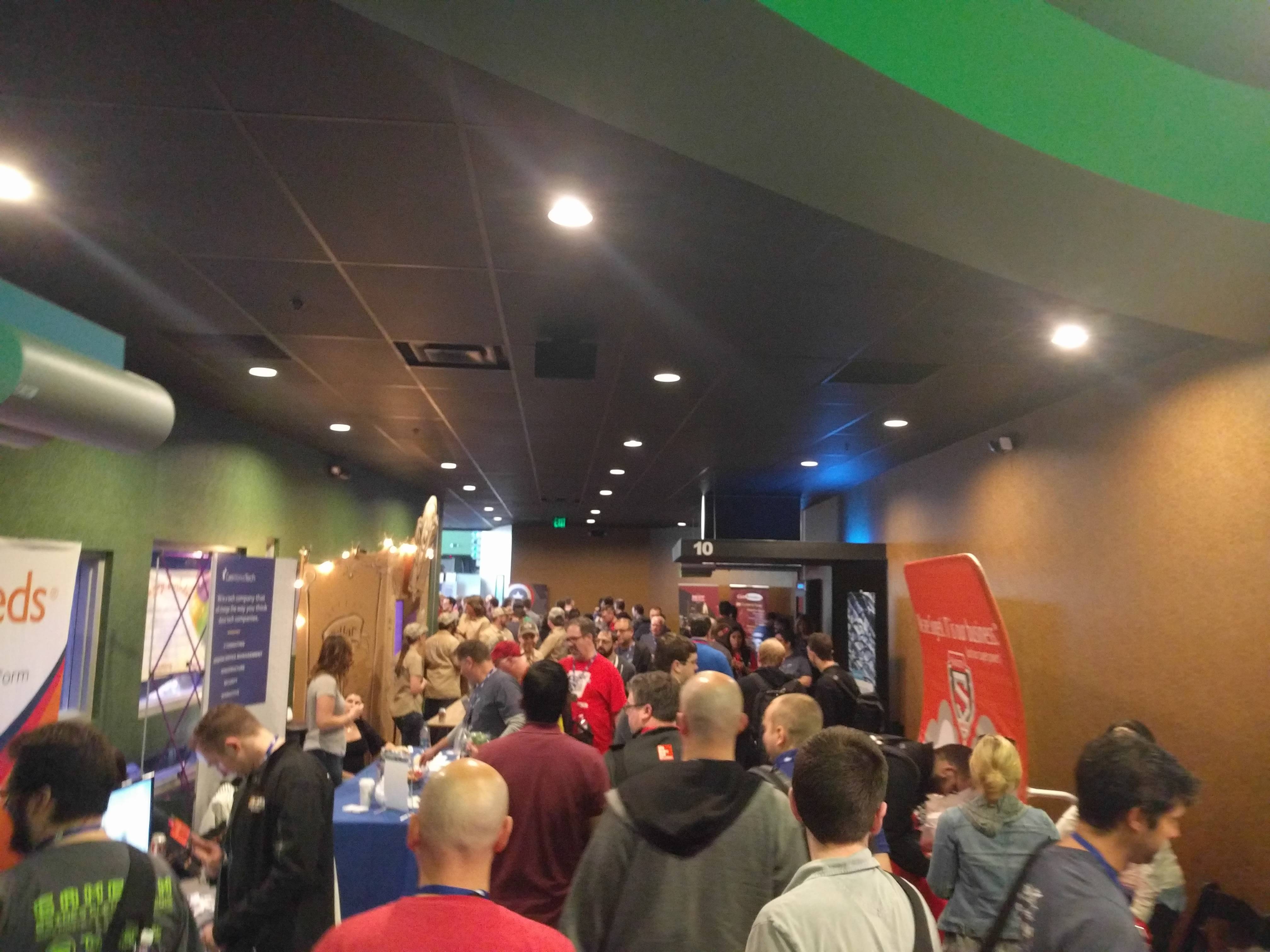 I managed to sneak out in between sessions and snap some photos of the booths before the mad rush of people came back through. 1,600 people jammed into your standard (if not below average) sized movie theater. 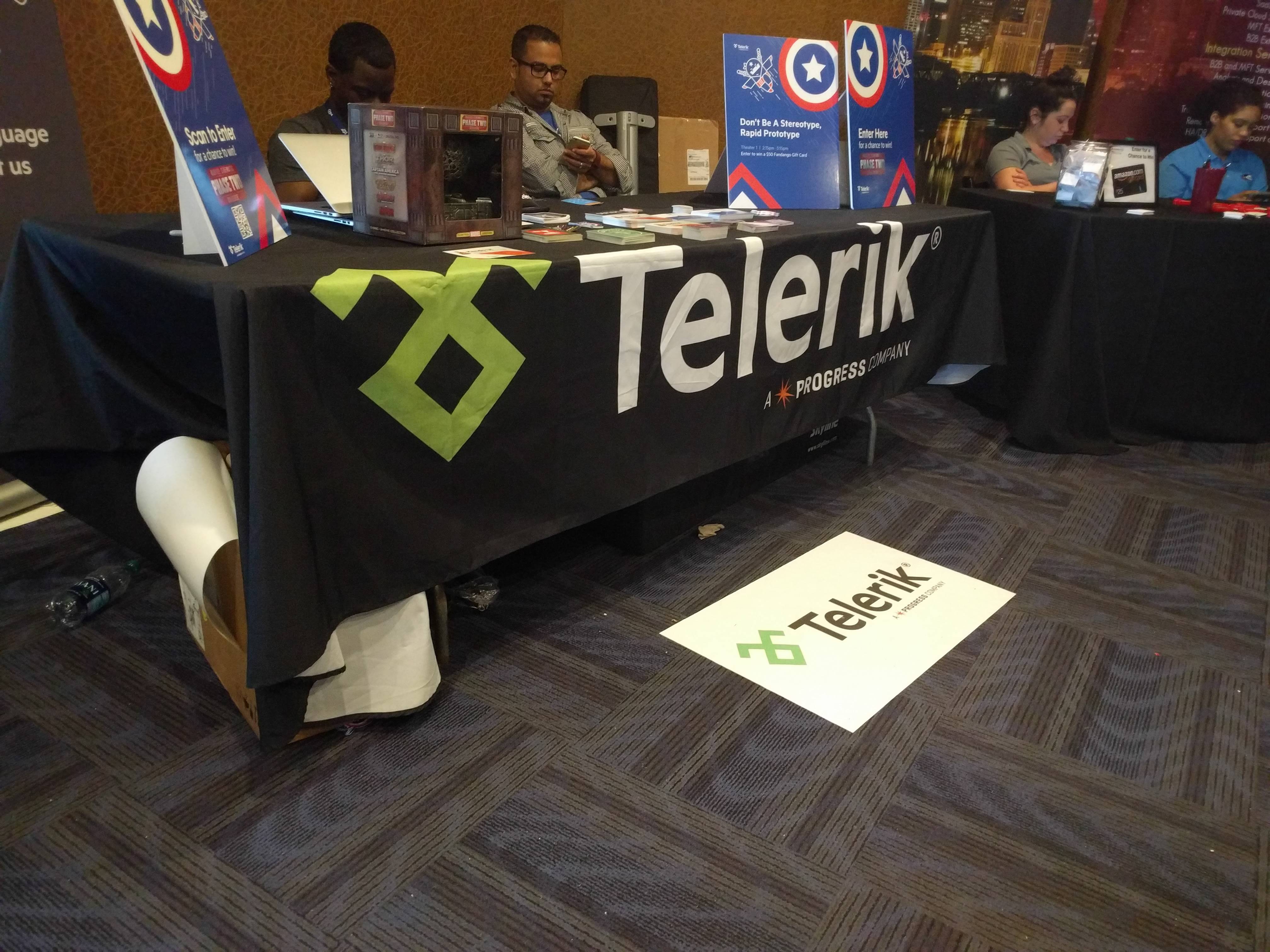 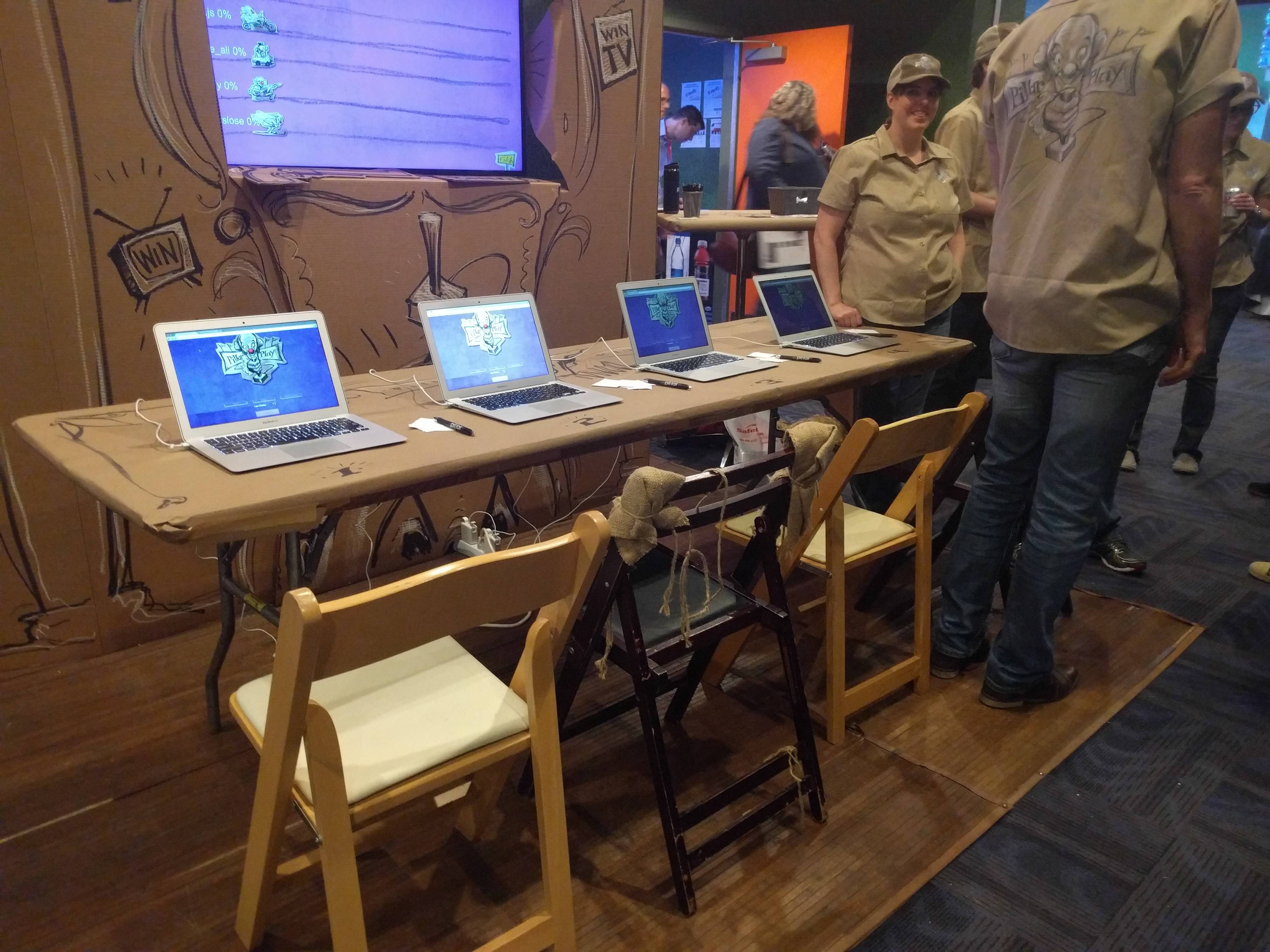 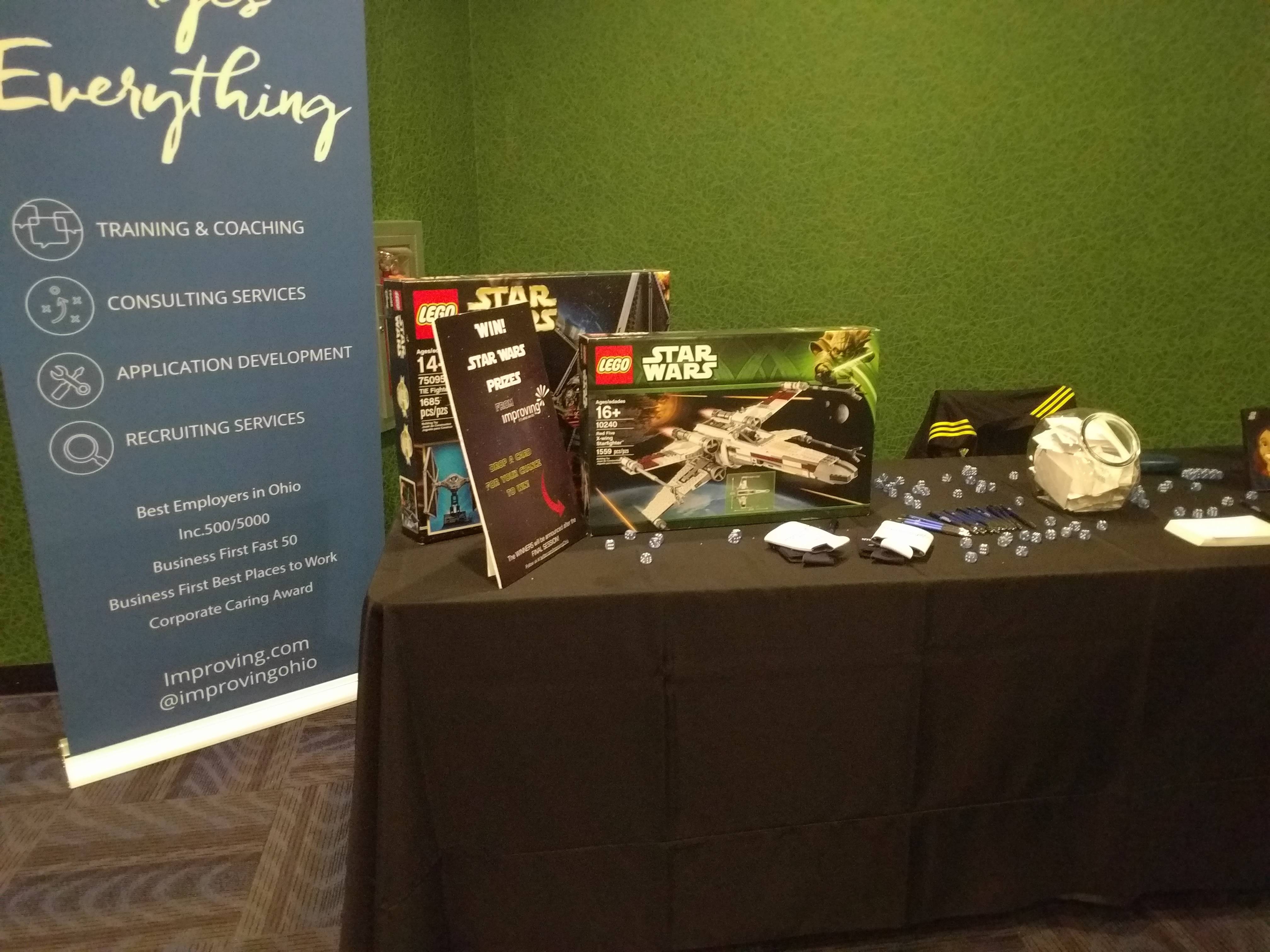 Pictured above is this company that had the Iron Man Suit. This thing was pretty neat. They offered me the opportunity to hop inside of it but I was afraid that I would be overcome with the will to impart vigilante justice on the world. So I politely declined. 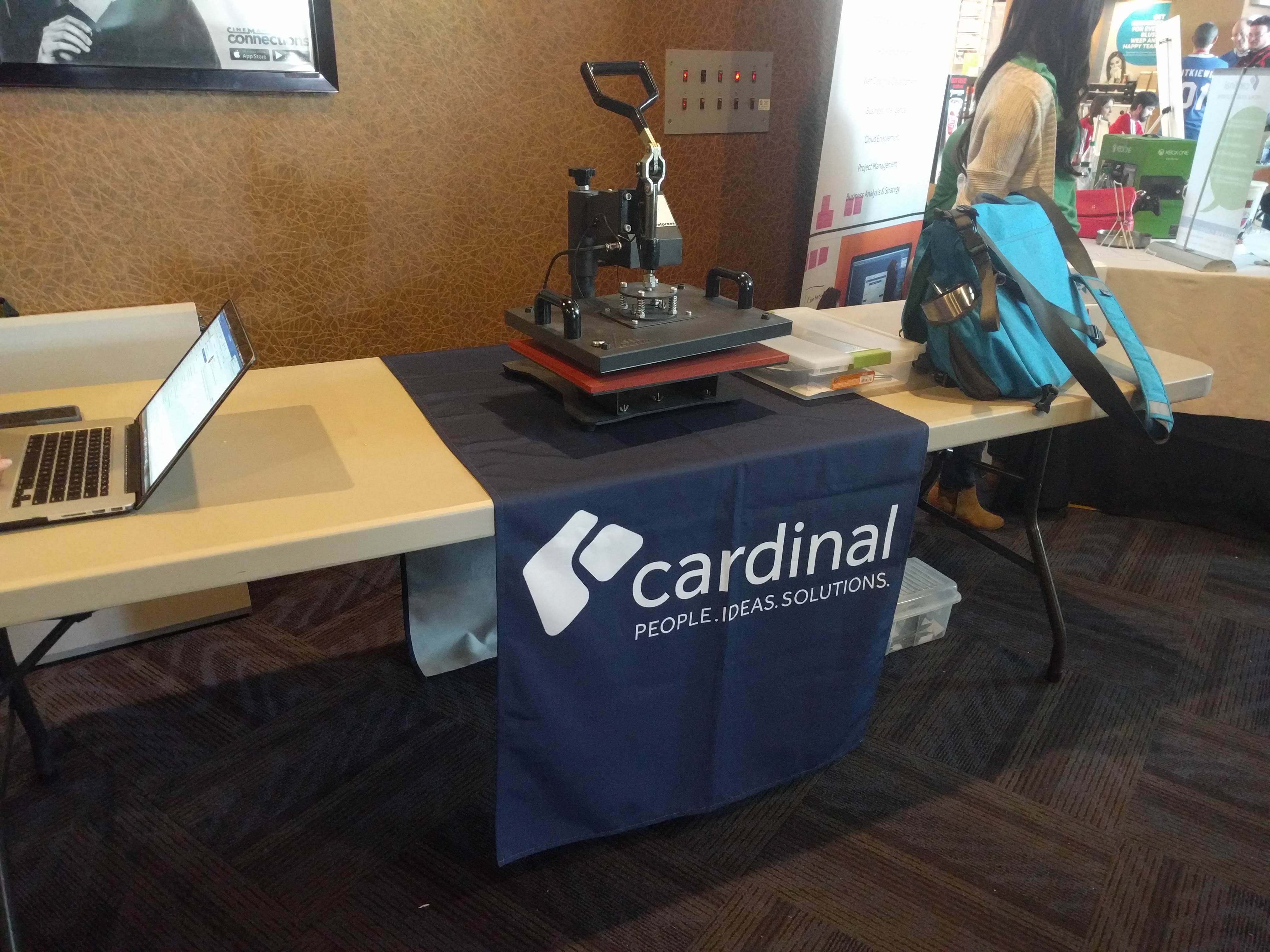 Most people like to stick to their selected profession or their hobbies when choosing sessions to attend. There’s nothing wrong with this (especially if your company is footing the bill). However, I intentionally choose sessions that are opposite my everyday activities. I am a software engineer by trade and a hardware hacking hobbyist in my free time. So naturally I gravitated away from these sessions. This year I instead focused on usability and soft skills. 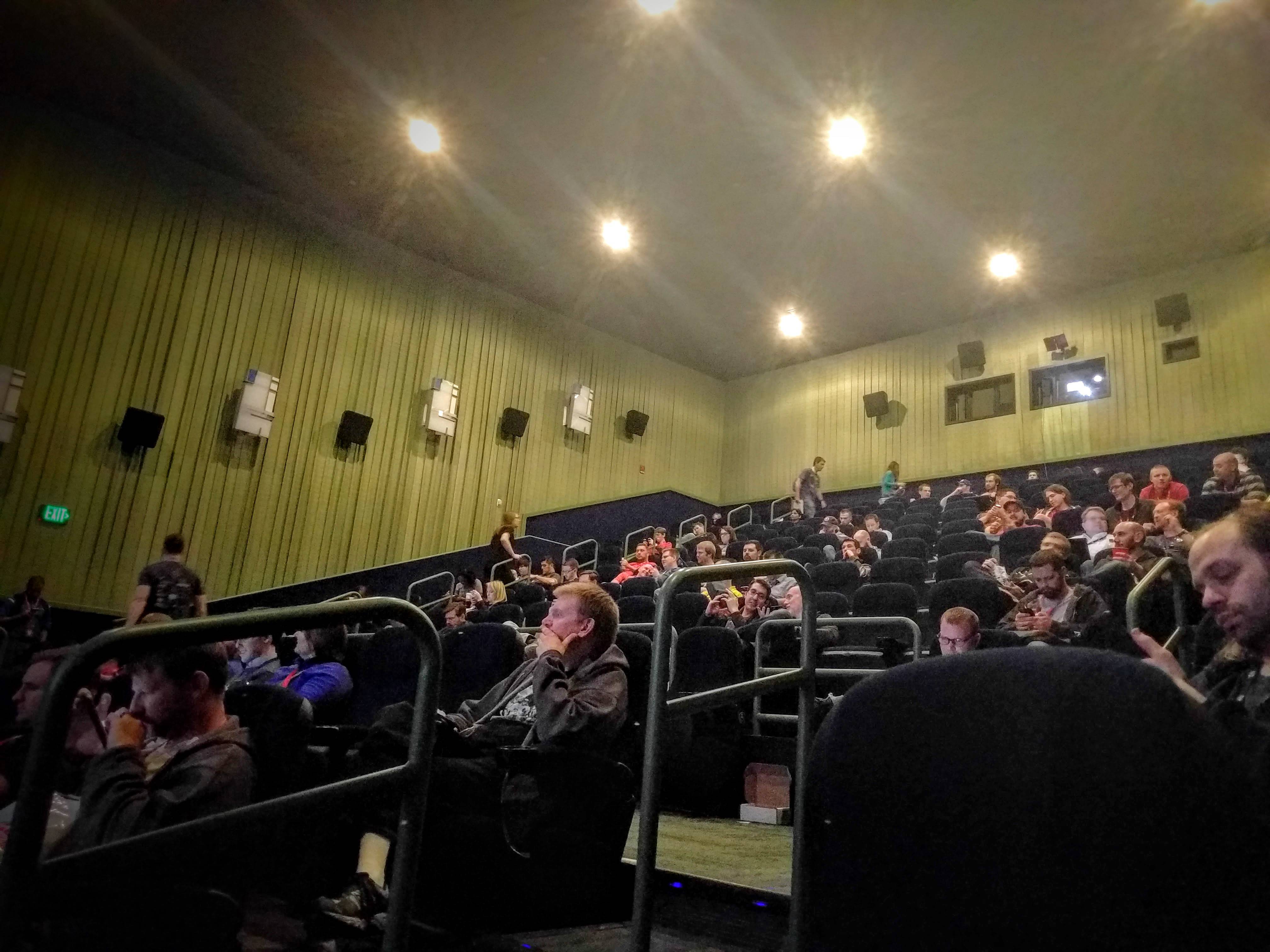 The first design session I attended was “Sweating Commas, Pixels, and People” by Kyle Dreger @Dreger

This session was pretty good. He offered some great advice on why we should avoid using lorem ipsum where we can. He also made some solid points on keeping things consistent and why you should build your writing skills.

I was a little irritated that he went in depth on the history of electronic personal assistants, voice control and it’s advances over the years but totally failed to mentioned Microsoft’s Cortana. It is platform agnostic and it is easily the leading one on the market. Further, he only made a passing mention of Microsoft Bots SDK which is going to be huge in the coming years. It makes me think that either he didn’t fully research the topic he was presenting or that maybe he owns Apple stock lol. Either way, the presentation as a whole was very good and I walked away with some insight into the mind of a designer. Well worth the time spent. 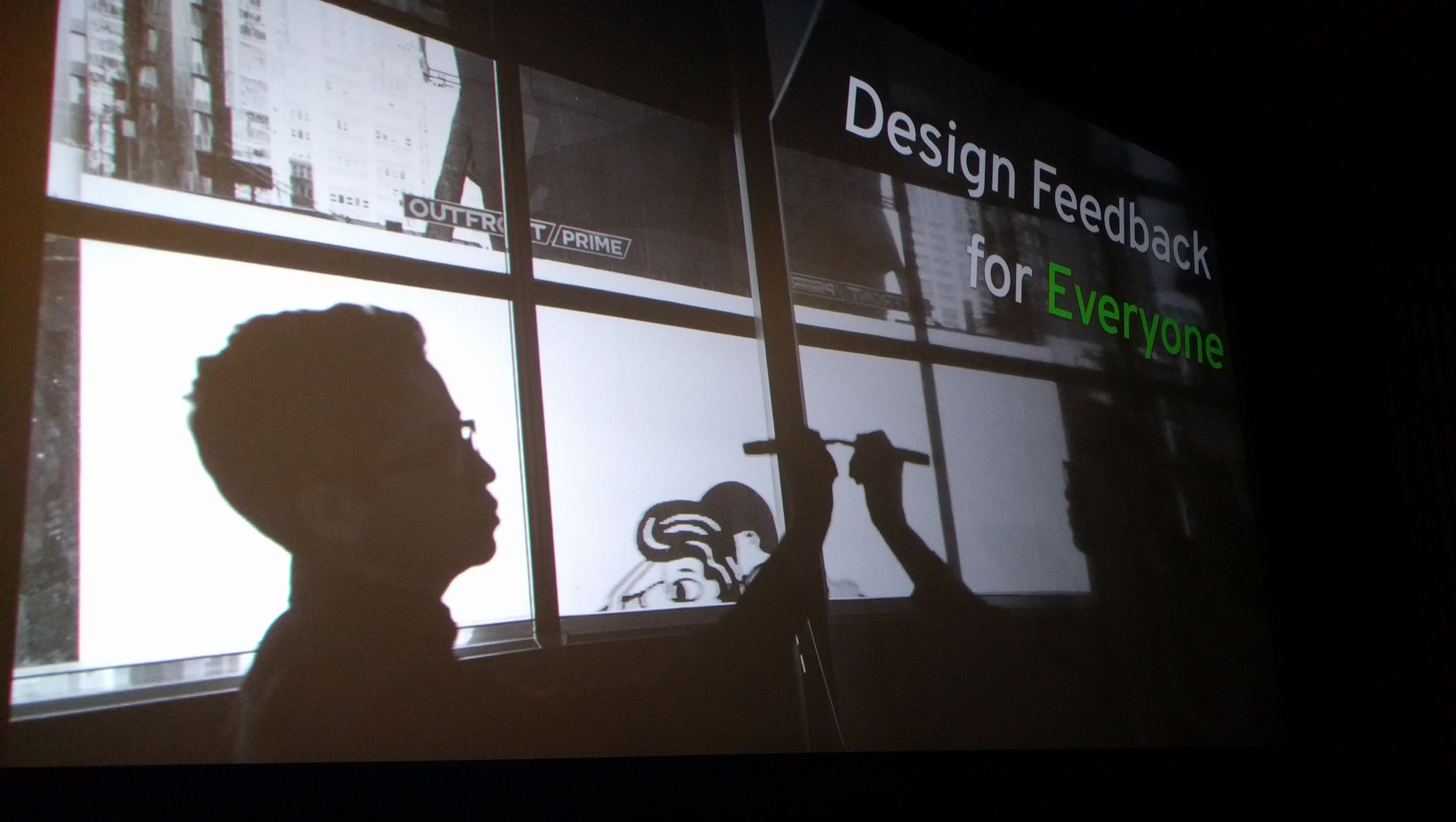 I was really looking forward to this session and Eric didn’t disappoint. Being able to effectively communicate amongst your team when discussing user interfaces is paramount. If you can’t communicate with other people, regardless your skill level, you won’t be working on a team for long.

Eric went into excellent detail on the difference between good and bad feedback. He clearly identified ways to improve your own communication and even had audience participation!

These were the key points that his session revolved around. I think the main thing he stressed though was that you need to be honest with people. This really resonated with me. I can’t stand when people wont tell me the real problem. They beat around the bush and may never clearly express themselves. They are wasting their time and mine. Being honest about feedback needs to be a priority.

My honest feedback? Eric’s presentation was great and I look forward to learning more from him in the future. 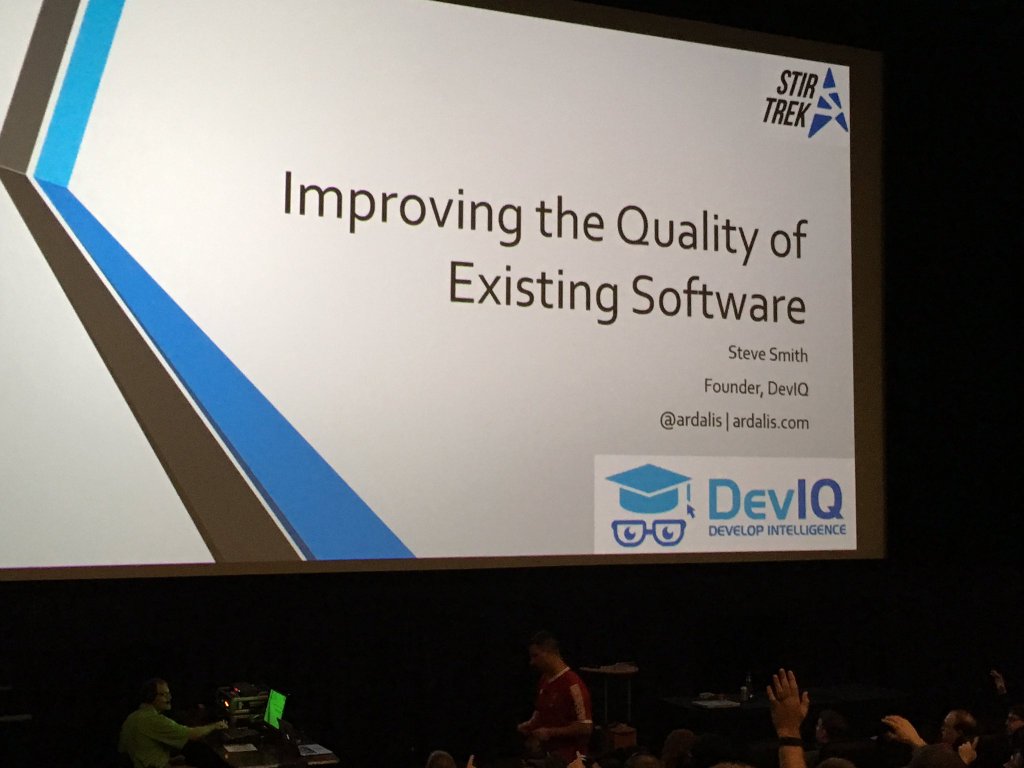 As the day went on the sessions seemed to get better and better. It would be criminal if I went to a developer conference and didn’t squeeze at least one software talk in. Boy was I glad I did.

“Improving the Quality of Existing Software” by Steve Smith @Ardalis

When I read the synopsis of this talk I will admit that my eyes glazed a little. It’s kind of like taking your medicine though. Part of being a craftsman is taking the time to learn ever facet of your chosen profession. Fortunately for me though this medicine ended up being kind of like a Jägerbomb 😀

Steve echoed much of what you would get in books like Pragmatic Programmer and Code Complete. However, he added some much needed detail to it. Out of all of the sessions, I took the most notes from this one. I would love to sit here and go over all of it for you but it could be an entire post in itself (and may very well be). 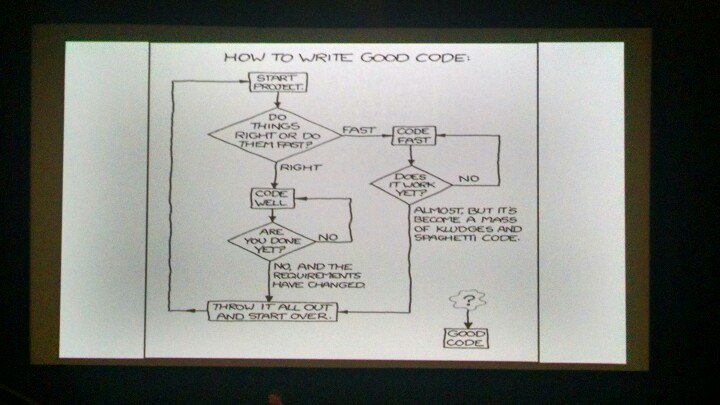 Last, and MOST CERTAINLY not least is “Home Grown Automation” by Michael Meadows @AntiArchitect

So full disclosure here, I had planned on attending a different talk but it was canceled at the last minute. I chose a different one in theater 14 and found out that it was also canceled! Since a cute little Asian engineer was sitting next to me I decided to stick around and watch this one. It was on IoT so it couldn’t be to bad.

I am so happy I did. A gap in previous Stir Trek conferences was the home grown hacker community. There’s always a couple hardware talks and they are usually okay, but I never get the feeling that they are truly vested in it. Michael put the kibosh on this though. I could listen to this guy present all day. His talk was informative and hilarious. In my free time I teach, so I present to classes constantly. Almost weekly in fact. The ability to take dry content about testing hardware or writing software and turn it into a entertaining presentation is a gift.

He had some great pictures of all the things he had been creating in his house and gave me some renewed inspiration to try home automation again. A big hurtle for me has always been converting AC to DC which he covered in depth.

Another valuable thing that he covered that most people hand wave over is cloud storage. There was even a live demo on stage of real data being posted to the cloud from his living room.

The only regret I had from this talk is that it ended so quickly.

Once again I have a ton that I took away from Stir Trek. I have another years worth of notes to parse through and I can’t wait to get started on them. Though the parking situation was a pain this year (Thanks Cinemark) the conference went off spectacularly. Now I have to wait another 364 days until the next one 🙁

A huge thanks to everyone that puts this on each year!